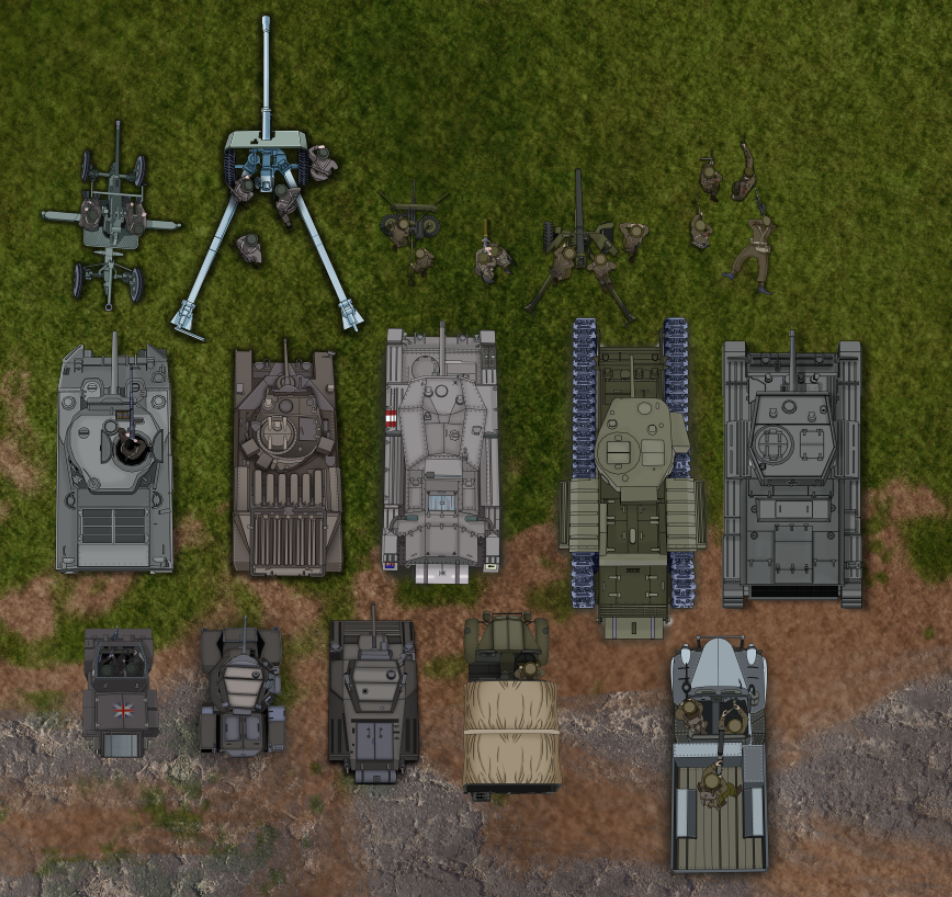 Wargamers! We are planning to release a tactical 2D-tabletop for 1 to 6 players called Burst of Fire. It will be played on individual scale and include a rulebook, maps, additional terrain tiles and 160 units and lists for at least eight nations that fought during World War 2. Currently planned are Germany, Italy, Japan, USA, Great Britain, Soviet Union, France. The eigth nation still has to be decided. Could be Finland or Romania to give the Axis another option.

Below you can see all british units (except for the chap with the AT rifle) we have prepared so far in scale. All british units for Burst of Fire in scale

Please be aware that this is not the final stage of unit creation. We are currently planning to make scales available from 6 to 28mm.

A special thank you goes out to Khandaker Ashique and Rahat Khan wo have been working tirelessly on the illustrations.
If you have any questions please reach out. Stay tuned and happy wargaming!
Chris