Assault Tactics: AI over board!

Assault Tactics: AI over board! 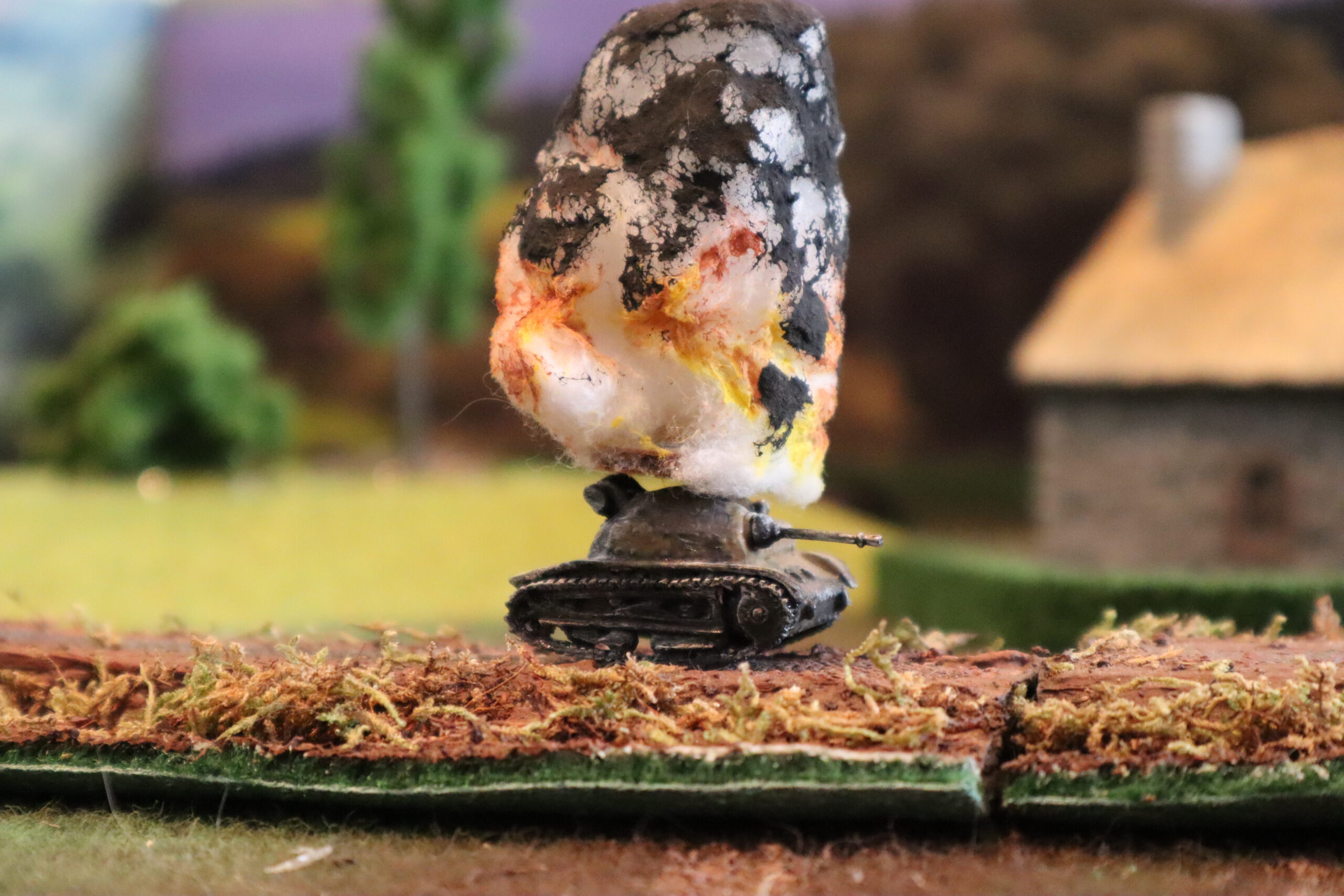 Last game clearly showed: A randomized activation of enemy units in solitary play is a nice gimmick but not really anything desireable. But let’s start at the beginning where most things start.

Two weeks ago me and two friends met in order to do a little playtest of Assault Tactics: Fall of the White Eagle. We played with 20mm miniatures on a 6×4 ft. table.

My friends never had played the game before and so I thought it would be nice to play 3 humans vs. solitary rules. The game was a breakthrough scenario set during the battle at the Bzura river which took place from September 9th to September 19th 1939. Me and my friends were playing the Germans. One armor doctrine plus two infantry doctrines fighting two polish infantry and one cavalry doctrine. The defenders were nicely set up in a town near the river. Only two bridges connected the two sides.

A roll for random events which every player has to do before the real fighting starts, leveled the polish defences up. A minefield was placed on the only hill of the german start sector. Again – this was completely random and decided by rolling the dice. Straight up luck for the Poles. Another roll made the defenders place barbed wire right at the river banks the germans could or even would have crossed. These dice…

The third polish player rolled for performance enhancing drugs usable in turn 2, which guaranteed every unit one free action in every round of the turn. Wow…just wow… If the Poles would have had this kind of luck during their struggle, the war would have ended right there.

The Germans rolled for another minefield which they did not place in order not to slow their advance even more, also they rolled for AA defense which they clearly did not need and a field promotion for one of the experienced soldiers to gain one additional Action Point per turn. Well at least something went right there. A german SdKfz 10/5 in firing position behind hard cover. On the left on top of the hill you can see the polish minefield.

However, according to the rules at the time AI units were activated by a certain scheme. Commanders go first, then armored vehicles and support weapons, then veterans and units with most firepower and so on. Their actions were decided by rolling a D6. On many occasions the “decisions” made by the rolls just did not feel right. For example: Two armored cars using cover to their advantage decided to drive towards the enemy and place themselves in the open… in close range which makes it easier for enemy projectiles to penetrate the armor.

Atrocius attack rolls made by all german players throughout the game prevented these cars from getting blown up. Finally one polish tank hit a Panzer IV Ausführung B and made it’s driver panic and drive full speed towards the enemy line and right next to one of the polish car mentioned before. The little fella rolled a shooting activation and hit the side armor of the PIVB which happend to explode and led the Poles to victory.

Game Over! An exploding PIVB secures victory for the Poles.

One might argue that the AI did a very good job. Me and my friends shared the opinion that all of it felt totally random and that it would be better to lay down ground rules for activating enemy units in solitary play, and that the player would have to play both sides. Plus rolling for every AI-decision just made the game painfully long and sucked out almost every bit of dynamic feel. We played for six hours. Most of it was looking up which action the AI had rolled.