Update: Rebrand to Burst of Fire and more

Update: Rebrand to Burst of Fire and more 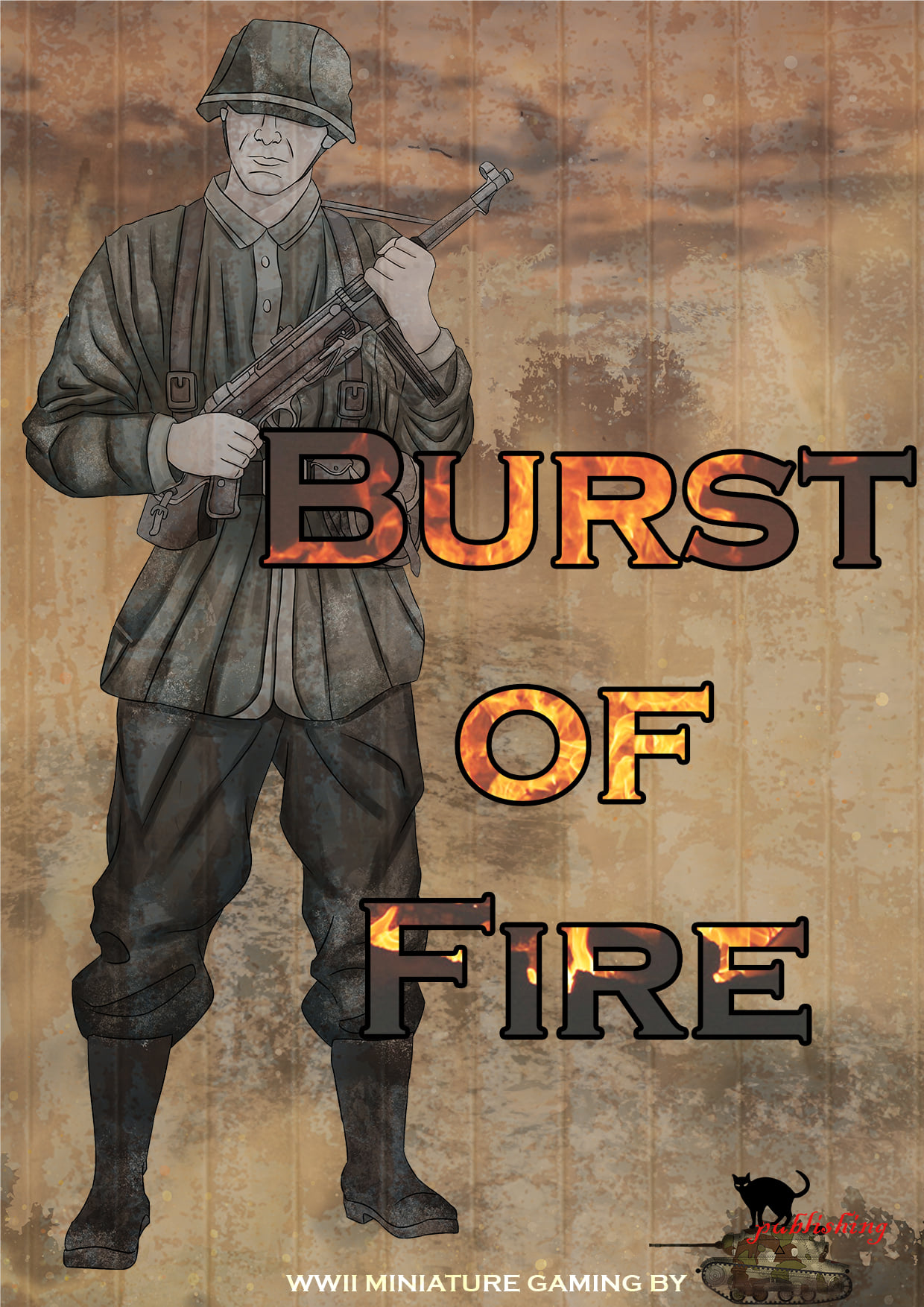 It has been a long time since I have posted. SORRY!!! A lot has happened: job change, more game tests and new troops have been built. This is the most recent model I have printed for the Barbarossa lists.

Right now I am working on the rulebook. Sadly there won´t be a boardgame because it is just too expensive to produce, store and ship. After all this is a one man show with very limited resources. For now the rules will focus on miniature play on the tabletop. Anything from 15mm to 28mm miniatures may be used for that purpose. The lists that will be part of the rulebook will focus on Early World War II. The nations of Poland, Great Britain, France, Russia, Germany and Romania will be included.

The factions will lead different doctrines into battle, that split up in several groups and according lists.

Here is a look at the new cover. As you can see the game name has been rebranded to burst of fire. I simply wanted to avoid any copyright infringement with games that are almost named the same. (Assault Squad and Tactical Assault). This is the new cover for the upcoming rulebook.

Anyhow. Stay tuned, there is a lot more to come in the next weeks. Have a good week, Chris